Speaking Of Megan Fox… Here’s The New Transformers 3 Trailer… Without Her posted by Garry "Prophecy" Sun on April 30, 2011

It will be interesting to see how the absence of Megan Fox will impact Box-Office numbers for the blockbuster franchise.

I guess we will have to wait till July 1st, 2011 to see the results. Only then, will we truly understand Megan Fox’s X-Factor… or shall I say the Fox-Factor

Megan Fox Wants To Be Less Haunted By The Spirit Of Marilyn Monroe posted by Garry "Prophecy" Sun on April 30, 2011 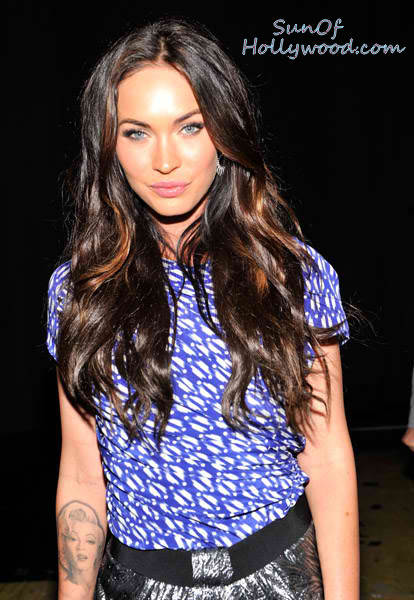 6 Months ago, August 2010, Megan Fox is fully haunted by the ghost of Marilyn Monroe

I will tell you this.  When we first learned of Megan Fox‘s full on portrait of Marilyn Monroe on her right forearm, we all probably wondered, “Why in the heck would you do that?“.  I am a firm believer that every physical occurrence has a spiritual occurrence attached to it.  So while Megan Fox threw the face of Marilyn Monroe on her arm, she actually impacted her own life spiritually.

It seems like a strange choice to make, especially if you’re someone like Megan Fox who has the ability to become an iconic legend in her own way and by her own means.  So why would you have an image of someone else in plain view, so that whenever someone sees you, they always think of someone else… Even if it is someone considered the greatest female sex symbol of all time, in the end, you are detracting away from yourself, and following in someone’s shadow for all your days.

In addition, I don’t know how comfortable I would be if the person I had tattooed on my arm tragically died from an alleged drug overdose (speculation continues to this day).  I would probablybe  afraid that just keeping her face on my arm might cause me to share in the same fate… Sorta like a “Laws Of Attraction” type deal… ya know, as in “The Secret“.  In the end, I guess even Megan realized the folly of her ways.  She probably got tired of gigs that would require make-up to cover up her tattoo.  She also probably got tired of seeing Marilyn herself in her own pics that would surface all over the web. 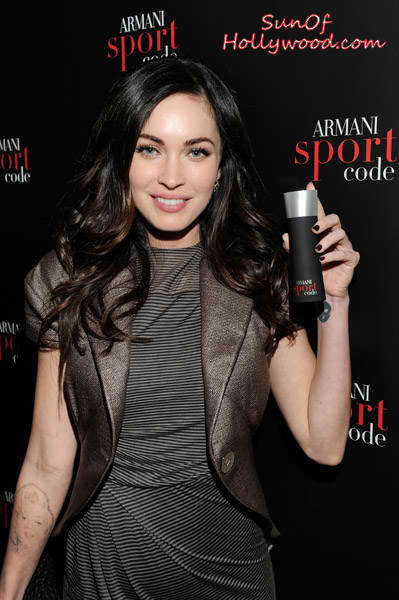 Either which way, it looks like Megan has finally gotten the picture… by finally getting rid of the picture.  She has been seen recently with her Marilyn Monroe tattoo, noticeably lighter, as it looks like she’s trying to have the tattoo slowly removed. 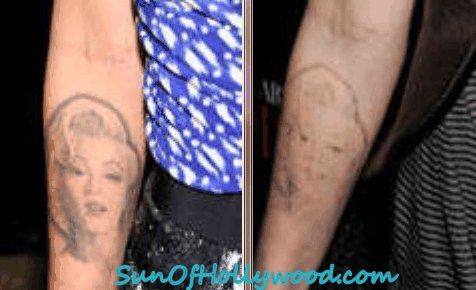 I give you props Megan.  You finally realized that in order to become your own legendary person, you have to make sure you yourself are the sole focus of everyone’s attention.

Besides, your real face is a lot hotter than ink anyway, that is of course, your plastic surgery free face.

January Jones Is Pregnant… Will The Baby Be Due In January? posted by Garry "Prophecy" Sun on April 30, 2011 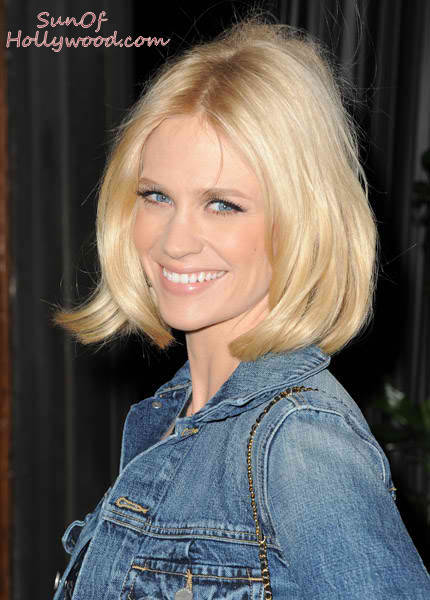 I wish January could spawn off in January

According to January Jones’s pregnancy announcement she made earlier this week, her baby is due this Fall, so more than likely, no January delivery date.

The “Mad Men” star has kept the father under wraps for now, but many wonder if the child is with on-again off-again boyfriend Jason Sudeikis from Saturday Night Live. The couple apparently ended their relationship in, ironically… January.

Though she’s single now, she is facing motherhood head on with an optimistic outlook and says she can’t wait to be a single mother.

Look for January in the newest addition to the X-Men family, “X-Men: First Class”

Mysterious “V For Vendetta” Themed Videos Surface On The Net… Addressing The State Of Our World posted by Garry "Prophecy" Sun on April 30, 2011

There are some mysterious videos surfacing on YouTube and starting to quickly go viral, as the videos are being copied by other user profiles and spreading, of someone protraying Hugo Weaving’s character of “V” from “V for Vendetta“, only he addresses the state of our current world. The videos are under the YouTube profile “VideoForVanquish“, the most recent video urging the public to purchase physical silver to help take power out of J.P. Morgan Chase, and its connection to the Federal Reserve.

Nobody knows who’s putting these videos out, and there’s been about 4 so far. Rumors around the streets of Hollywood is that it’s a celebrity who’s also a 9/11 conspiracy theorist. I doubt its Jesse Ventura, and even though he’s jobless right now, I also doubt it’s Charlie Sheen.

Check out these videos and the videos on the profile “VideoForVanquish” and tell me what you think. 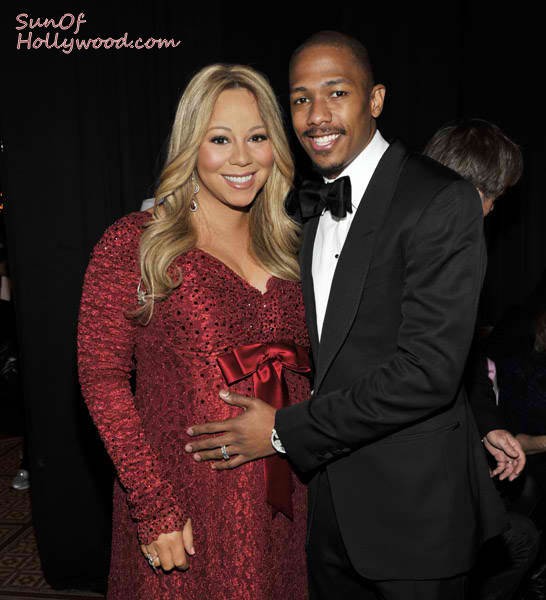 Cause today Nick CAN-NON and Mariah CARE-y welcomed their two twins, both a girl and a boy, this morning and both weighing in at just over 5 pounds and 18 & 19 inches.  The two yet to be named twins are the first children for both who were married exactly 3 years ago to the day, on April 30th, 2008.

Ya gotta give it to the couple who share a 12 year age difference.  When they first started, people had their doubts, as they do with any and every celebrity couple.

But the two have seemed the happiest celebrity couple out there right now, and now they’ve begun their own family in a real way.  They not only get to experience the joys of parenthood together, as these twins are the first children for both, but they get to experience raising both a boy and a girl.  Their life feels pretty complete right now.

So congrats to the happy couple.  Even celebrity lives are not without their difficulties and problems.  But these two have really made it seem as if nothing gets in the way of their lives together as a family. 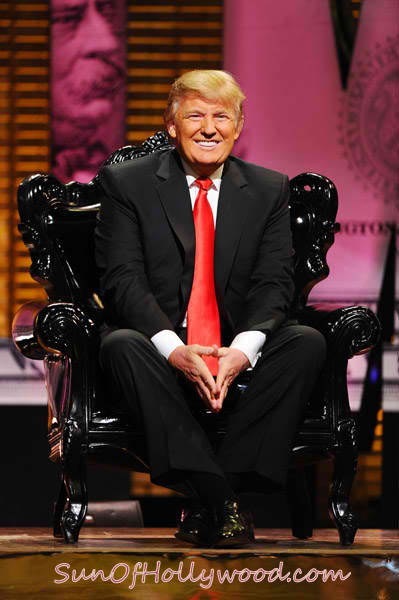 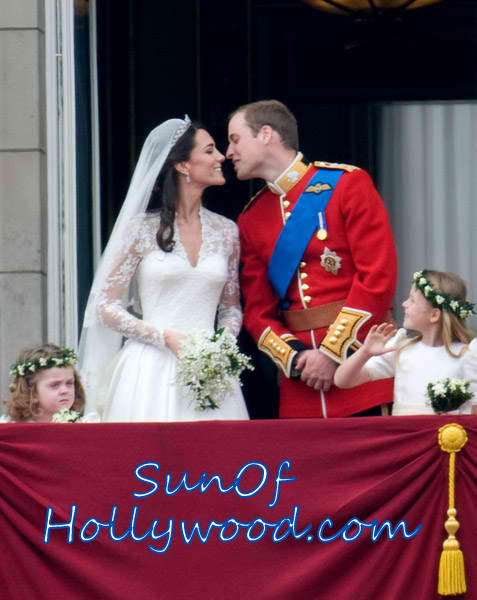 This kiss might be viewed by half the world.. Let's make it good

Early estimates show that today’s Royal Wedding for Prince William and Kate Middleton may have been viewed as many as 3 Billion people around the world.  This shows the advancement in mass media technologies as the wedding for Prince Charles and Princess Diana, nearly 30 years ago on July 29th, 1981 was viewed by 750 Million, showing today’s wedding to be viewed by 4 times as many people. 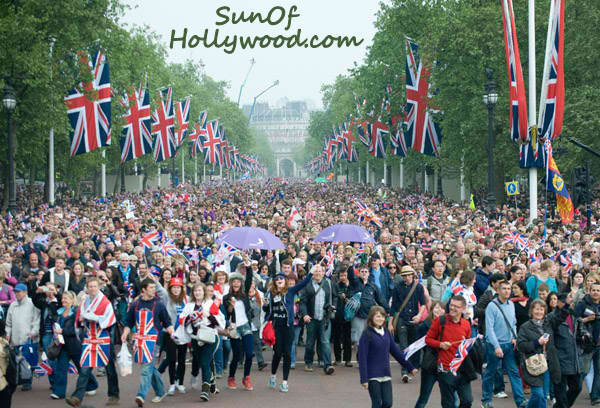 And being that the wedding was viewed by nearly 1 out of every 2 people in this world, their first kiss may have been the most viewed kiss in world history.

Now that’s what I call a real riot.

Before The Wedding Begins, Let The Riots Be Remembered posted by Garry "Prophecy" Sun on April 29, 2011

If you were in LA at the time, you know why this day will never be forgotten 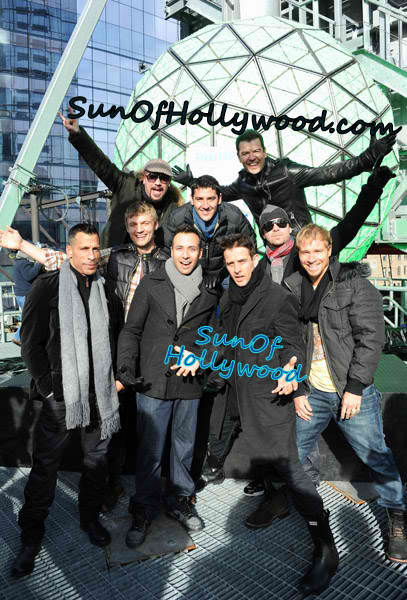 The Death Toll in 5 Southern states rose to nearly 200 today, after Alabama, Tennessee, Mississippi, Georgia and Virginia all experienced powerful storms that swept across the states.

Storms spawned Tornadoes and winds that swept up businesses and homes, and even left a Nuclear Reactor to run on their backup generators.. Yeah, that’s not gonna instill fear in us in these days and times.

Alabama has a total 128 confirmed deaths, 32 in Mississippi, 11 in George, 6 in Tennesse and 1 in Virginia. 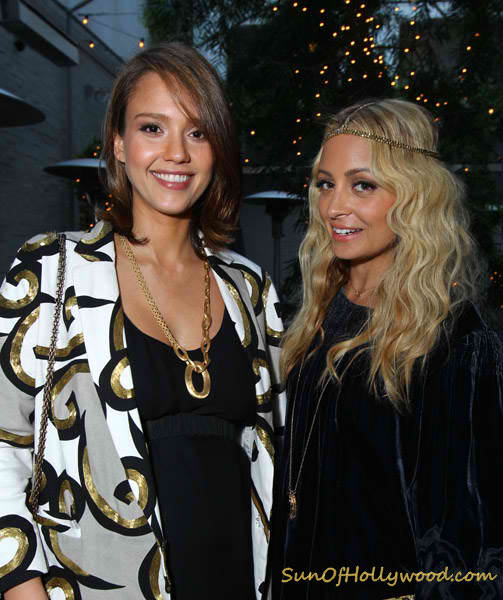 I really just made her sound old didn’t I?

Well, too bad.  Happy Birthday Jessica Alba, today you turn 30 !!  Don’t be mad about it, it could be worse.  Your birthday could’ve been 3 days ago and you would’ve shared it with Michael Lohan

One thing we do know about Jessica’s 30th year, she will be giving birth to her 2nd child.

Hotzpotz: Paris, Nicky and Xtina All Like Hot Beef In Their Mouth posted by Garry "Prophecy" Sun on April 28, 2011 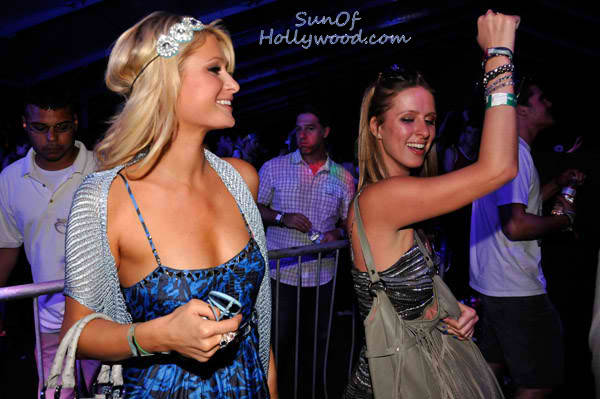 Paris and Nicky can't get enough of that Beefy goodness

Hotzpotz: Paris, Nicky and Xtina all like hot beef in their mouth.. So they all decided to hit up BOA Steakhouse for dinner tonight.

The Hilton sisters, Paris and Nicky went out to dinner together.  Noticeably absent was Cy Waits, who has had one too many run ins with stalkers since he’s been Paris’s man, and make-shift bodyguard.  She was asked on her way out if Cy was okay, and she gave a huge smile and said yes. 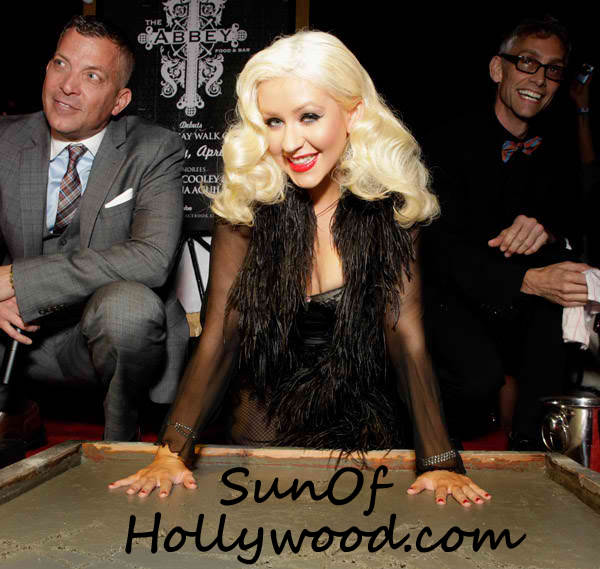 Christina Aguilera has beef with Matt Rutler, who we chose not to have pictured here ;)

Christina Aguilera also decided to hit up the Beverly Hills steakhouse with her unfortunate choice of boyfriends, Matt Rutler.  The two had beef and realized they were under the same roof with Christina’s good friends, The Hilton sisters.