Hi Ladies… Here’s a winter treat.  Ryan Gosling as he pulls up to the Hollywood Premiere for “La La Land”.

Catch the fans going crazy for him as he signs autographs before a brief interview with “Vanity Fair” as Co-Star Emma Stone Arrives.

Allen Iverson Gets His Non-NBA Game On Before Mayweather Pacquiao Fight posted by Garry "Prophecy" Sun on May 2, 2015 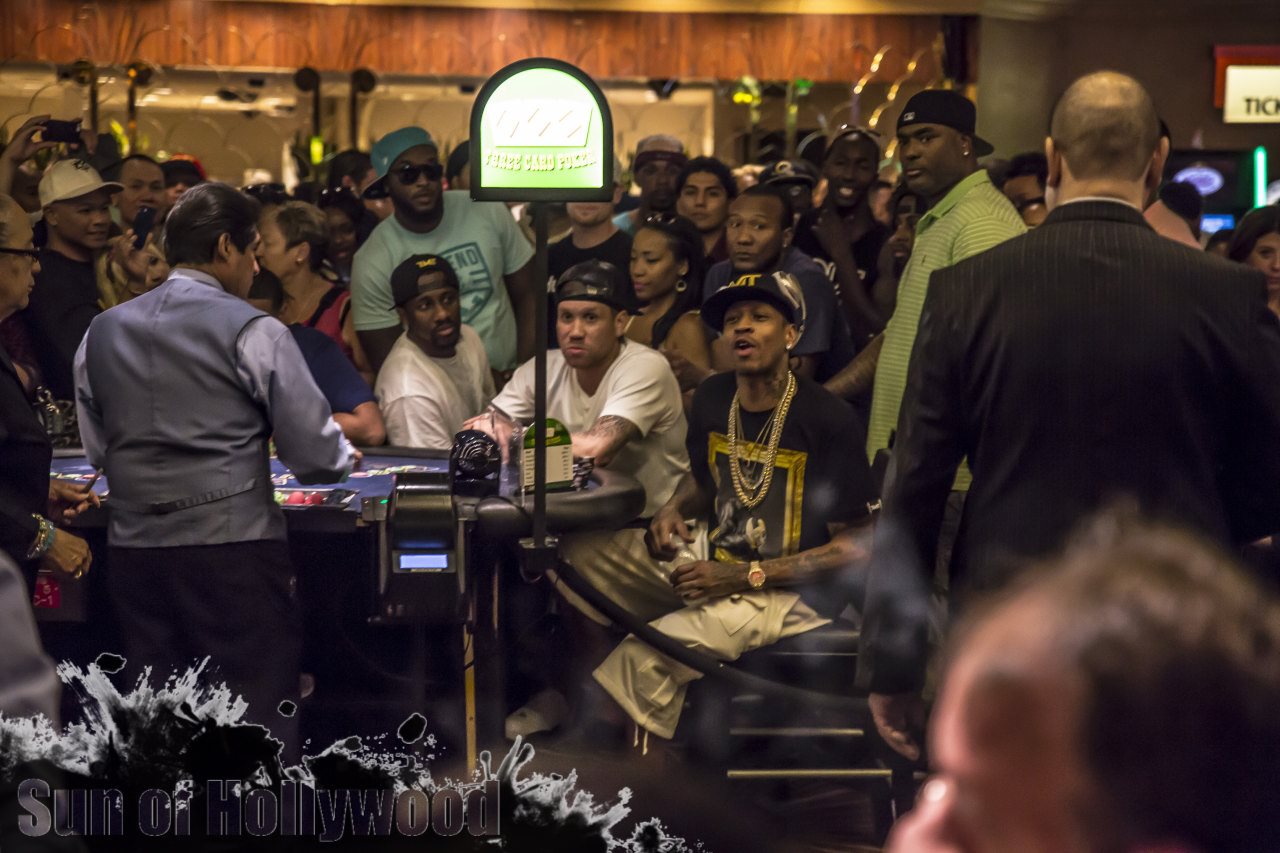 Allen Iverson is keepin his Game up.. not on the Courts but at the tables of the MGM Grand Casino

The former NBA Star was seen riskin whatever he’s got goin right now in front of hordes of Vegas Tourists just outside of the Manny Vieweing Party at Beacher’s Madhouse hosted by FirstSlice.com

Let’s hope he doesn’t get injured at this table 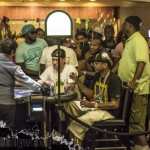 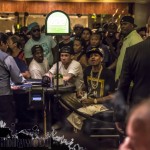 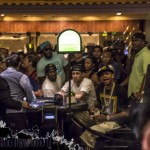 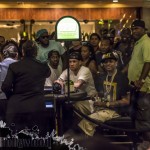 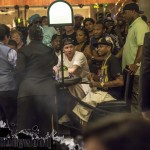 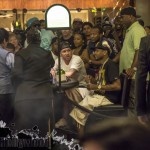 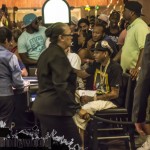 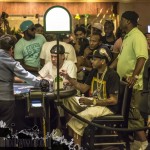 Behind The Scenes Of Sex On Screen With Brooklyn Decker & Patrick Wilson.. Call It “The Sexorcism” posted by Garry "Prophecy" Sun on October 6, 2014

Everybody always wants to know what it’s like to film a Sex Scene in Hollywood films.  Do they or Don’t they ? How many people are in the room.  Well trust, Filming Environments are all work.  Whatever you see on the Camera Frame… Just imagine 20 people outside of that frame, with lights and panels and technicians running around.

So here’s a quick glimpse of what it’s like in this leaked video from the Upcoming film “Stretch” Directed by Joe Carnahan.  Brooklyn Decker is married to Tennis Pro Andy Roddick.. and hopefully he’s not too embarrassed by this scene making the rounds online.  But Patrick Wilson, who you may recognize from all sortsa crazy frightening films like The Conjuring and Insidious… All Not Sexy Films.. is the dude on top.  Brooklyn should’ve been like “Dude, you’ve been in too many scary movies. This is NOT Hot”

Neither is that Glycerol spray pretending to be sweat on his back.

The Magic of Filmmaking

Gotta give big shouts out to the TMZ fam… Van Lathan, Gary Trock for Pubbin her Instagram, Harvey Levin (always love making you laugh sir) and my boy Mike Walters just cuz yer my boy and i know you watchin.

And of course, big #PropsFromProph for Abigail… You are DOIN The Daaamn Thang Homegirl

Never Any Doubts that She Would

The New Robocop Trailer Is Out posted by Garry "Prophecy" Sun on September 5, 2013

Let’s hope this remake leads to sequels that are of stories other than what we’ve already seen before.

That Total Recall sucked. Spider-Man sucked. How many times are filmmakers going to regurgitate the same movie over and think we’ll fall for it.. and we do fall for it ??

It still look kinda dope tho. whatever.

HOTZPOTZ: Jessica Simpson And Eric Johnson Are Searching For “Bridesmaids” posted by Garry "Prophecy" Sun on May 16, 2011 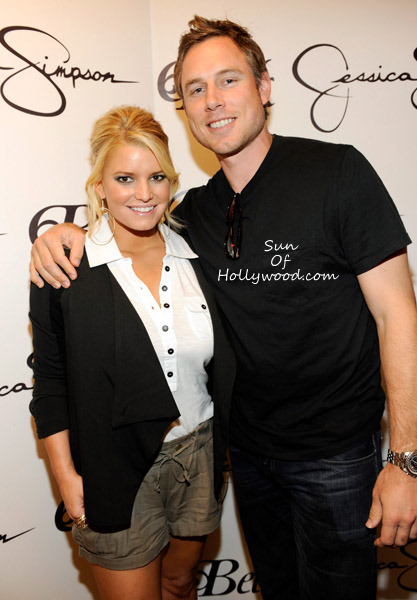 When Wedding Bells Are On Your Mind... You Can't Help But Add Fuel To The Fire

The soon-to-be Newlyweds (are we allowed to call them that? a la Lachey-style?) went on a date night Sunday to the ArcLight Theaters at the Sherman Oaks Galleria and watched none other than “Bridesmaids” which stars Kristin Wiig as a Bridesmaid for her best friend’s wedding.  The film also stars Maya Rudolph and Kali Hawk.

Gotta hand it to Eric though… It must be love if he can sit through a movie like that for your bride-to-be.. Lord knows, I wouldn’t go watch it.

Whitney Houston Is Like Southwest Airlines… Slippin Between The Cracks… All The Way To Rehab posted by Garry "Prophecy" Sun on May 9, 2011 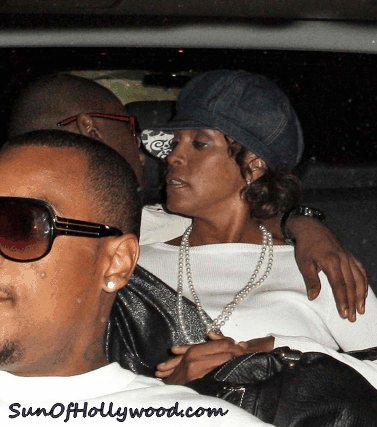 Sadly, our Legendary OG Diva, Whitney Houston, seen pictured above with Ray J. Norwood, has fallen off the Bobby Brown Bandwagon yet again.  It’s so sad to see what drugs has done to one of our greatest singers of all time, and we’ve always been rootin’ for Whitney’s well being to come back around, but lately, it seems the only thing that keeps coming back around is addiction. 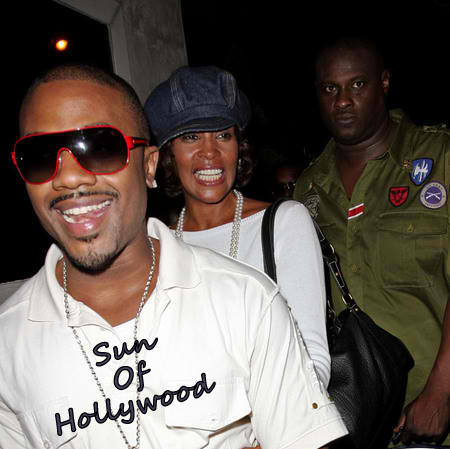 Whitney Houston checked herself into an outpatient rehab facility, that allows her to freely roam in public, so long as she is accompanied by a monitor.  She has been enrolled in the treatment program for the past 10 days, and reps for the singer have stated that she is fighting an ongoing battle with “drugs” and “booze“, and is trying to recover herself for an upcoming film role. 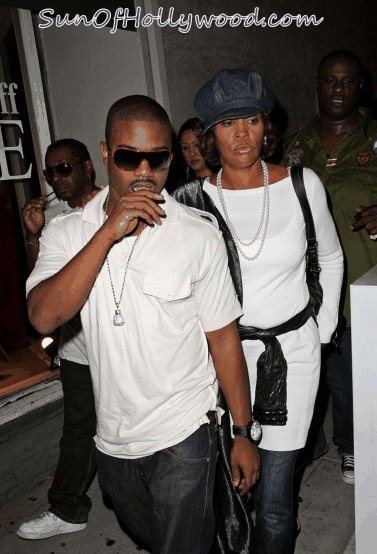 Ray... Ur friend needs a pick me up, without the "pickmeup"

Let’s just hope the upcoming film she’s trying to recover for is called “Real Life“… cause we’d hate to see Whitney’s life cut short for such a tragic and unnecessary reason.

Remember Whitney… We love you, we wanna see you better, and we don’t want you to end up like Chris Rock’s “Pookie” from “New Jack City” 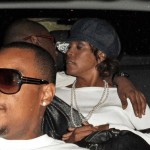 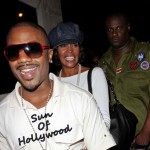 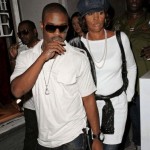 Ray… Ur friend needs a pick me up, without the “pickmeup” 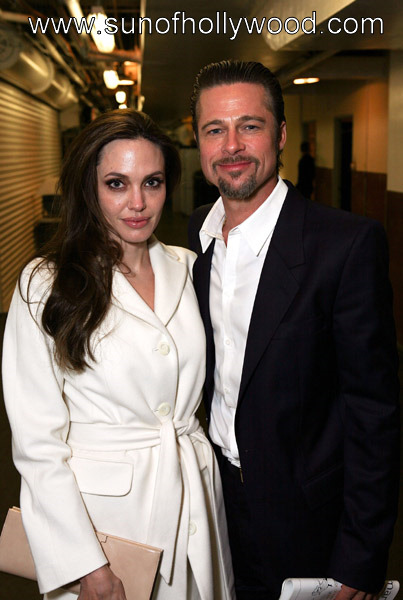 These two are a theatrical pair

Hotzpotz: After Brad Pitt and Angelina Jolie were caught catching a flick at Arclight Theater this week, the two were spotted just a few days later at the Ahmanson Theatre in Downtown Los Angeles, where they caught the opening night of “God Of Carnage”.

It’s nice to see these two starting to do the couple thing again.  It must be tough for them with the little village they have, but I’m sure now that the kiddies are older, it’s a bit easier for them to break away from the house and be like a normal couple, and not the #1 Super Couple they are