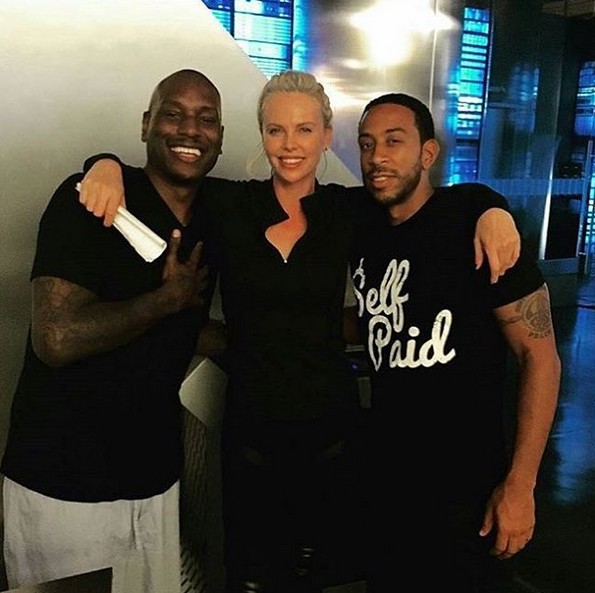 Here’s our first look at Charlize Theron joining the cast of Fast & The Furious 8, in a selfie Tyrese posted to Instagram along with Ludacris, welcoming Charlize to the cast with the caption “Charlize you’re most welcome to our #FastFamily #F8 #GirlPower #Levelz“.  Her arrival as a Villain in the film was first announced in April.

I’m sure we’re all excited to see this new step in the Super Successful Fast Franchise, the first film to be completely without the Late Paul Walker.  And if you’ve seen Mad Max: Fury Road you would probably think Charlize qualifies to carry the torch.

Fast 8 is Directed by Straight Outta Compton’s F. Gary Gray and is set for release April 2017

The group had a lot to say about the film, those involved, and Eazy-E